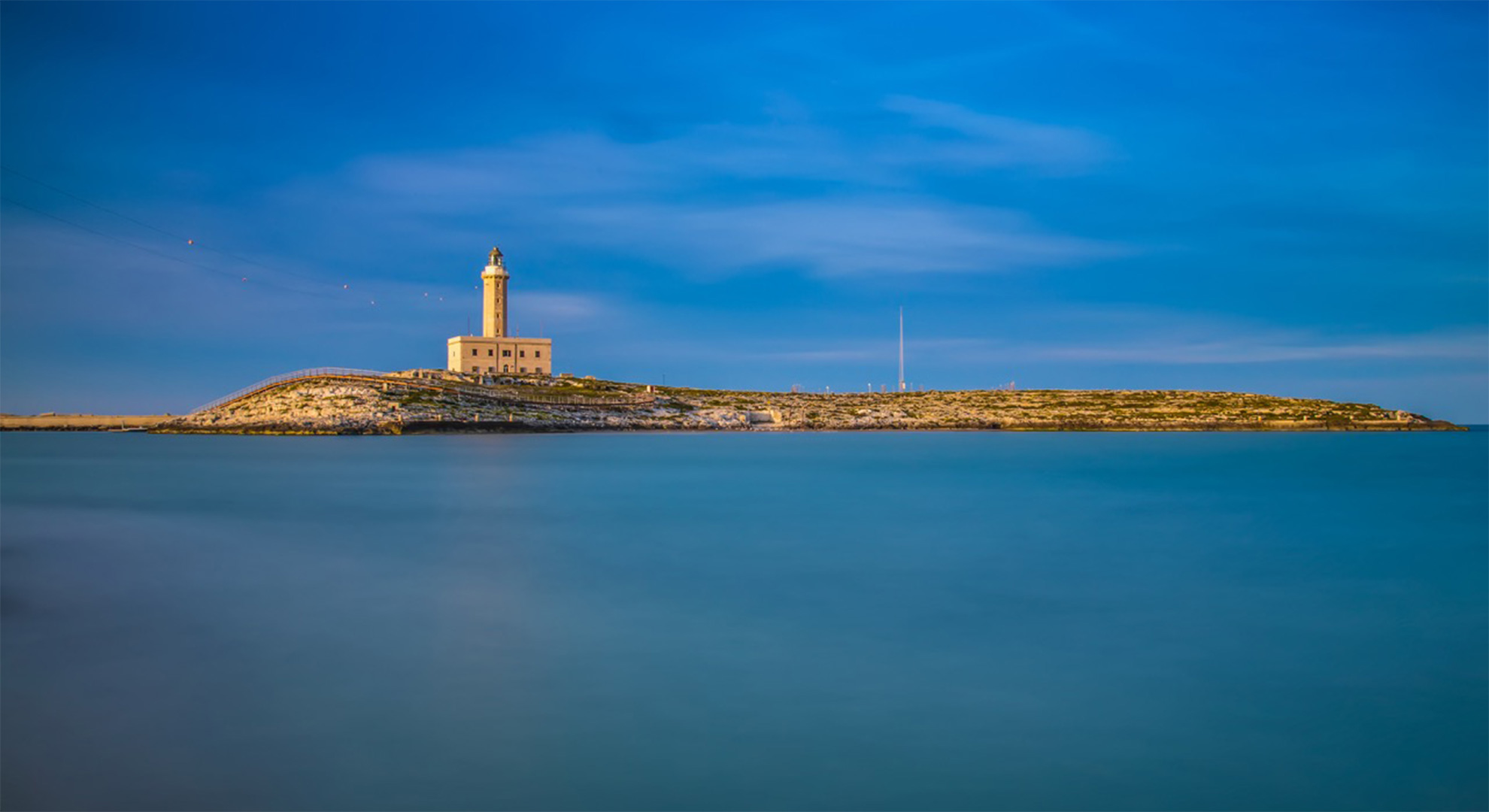 Given its geographical position, which favored fishing and maritime trade, and its climatic conditions, which favored agriculture and pastoralism is no wonder if the first human settlements in the area date back to the Neolithic Vieste. Settlements evidenced by the discovery of the necropolis and many other historical artifacts, including ancient villages of Vieste. But the most difficult for historians is that concerning the origin of the city. A fabulous story has it that Noah finished the flood and has landed the ark on Mount Ararat decided to spend the rest of his life on the shores of Gargano. Here he met his death his wife Vesta and Noah founded the city by imposing the name of his wife.

To give us a more concrete help is a hint of the Ptolemy II sec. A.C. that identifies this area with the name of Apeneste. Inhabited by the Greek name means Apeneste isolated refuge. In fact, the Greeks, that here 'spent long winters isolated and away from their families and from their lands considered this place as a temporary shelter. And this nostalgia of the family led the Greeks to tighten much to their goddess of hearth and home "Estia". The cult of the goddess is very widespread among the local population, and beyond even the Romans began to venerate it and calling it Veste calling Vesta this area, and hence the name Vieste.

But in recent years it has come to identify Vieste like ancient Uria. In fact, historians, who first collocavano this city in other countries of the Gargano, thanks to the discovery of some historical artifacts, including coins, and a large number of inscriptions found in a cave on the island of Santa Eufemia, which documents the cult for Venus Sosandra, whose cult to Uriah speaks Catullus poem in 36, today identified in Vieste ancient Uria. With this big question mark on the origins of Vieste the one thing that can be said of its antiquity, is that around her there were other human settlements, like the town of Merino, dedicated to agriculture and farming, and that Vieste He had to have some importance since the discovery of one of the largest flint mines in Europe, and given its location on the sea that made it easy to control all along the Adriatic.

Because of its position on the Gargano, Vieste in the Middle Ages it was repeatedly fought over by the Byzantines, Normans, Lombards, Venetians and Arabs, who took advantage of this position especially from the military point of view. Until it was under Byzantine rule, Vieste could 'prosper thanks to the government of Constantinople, which guaranteed the safety of the routes and maritime traffic. But the rise of barbarians from the north, and the incursions of the Arabs from the south, turned this area into a theater of military clashes to secure control of Vieste, since who controlled Vieste could control all traffic of goods along the Adriatic , both from the north or south.

Because of its position on the Gargano, Vieste in the Middle Ages was often disputed

During the eleventh century Vieste was ruled Norman; under their rule they were built the castle and cathedral, which were seriously damaged by an incursion of the Venetians. Were rebuilt almost immediately by Frederick II of Swabia, who was very dear to this city, a lot of strengthening the defenses of the castle and making it an impregnable fortress. History has it that in 1002 we also landed the doge of Venice who went to the rescue to Bari occupied by the Saracens, and who stayed there a month also Pope Alexander III before embarking to go to make peace with Frederick Barbarossa. There was also caught Celestine V who after giving up the papacy tried to flee to Illyria.

Other events were frequent and very unpleasant invasions of pirates who were causing serious damage to the city. Among these, the most violent was that of 1554 pirate Dragut. He prisoners citizens stronger, and over a stone now called Chianca Amara (Bitter Stone), and killed more than 5000 viestani including old men, women and children. After the invasion of Dragut, to prevent such unpleasant visits, Vieste was equipped with the coastal towers. These were sturdy buildings are difficult to access for pirates, arranged along the coast on the tips more protruding, so that one could see the other. In case of sightings, the military places on the towers, communicated with visual signals to other towers the presence of suspicious craft.

Frederick II, who was very dear to this city

As for the age of the Risorgimento, Vieste also gave its contribution for the unity of Italy. Contribution by the blood of many citizens on the one hand firmly believed in the joined of Italy, and the other remained faithful to the Bourbon kingdom. They formed secret societies conspiring against the Bourbons, and to increase the enthusiasm of those who were part of it, there were persistent reports that from Naples brought students and professionals. The Bourbons felt increasingly threatened by the growth of those who fervently believed in unity, and began to persecute, kill and condemned to harsh prison supporters of King Vittorio Emanuele. Piedmont, achieving the annexation of Lombardy before, Tuscany and Emilia Romagna then, did increase the discontent in the Kingdom of the Two Sicilies against King Francis II.

Discontent which was fiercely repressed by the Bourbon king. Vittorio Emanuele taking advantage of the situation decided to rid the Kingdom of the Two Sicilies. A shipment of 1,000 men commanded by Garibaldi, sailed from Quarto 5 May 1860, and entered Naples on September 7 free from the Bourbons. On 21 October they were carried out voting to annex the Kingdom of the Two Sicilies to Italy. It was after these votes that Vieste and in all the surrounding countries succeeded many bloody events. These areas of Italy were very related to the Bourbon kingdom, and from there gushed many clashes with the troops of the Italian kingdom. In just two years, between 1861 and 1863, they counted more than 400 filoborbonici killed or died during the clashes. Just in Vieste, July 27, 1861, there was a bloody clash between a shipment of filoborbonici and citizens committed to realize the unification of Italy, which caused the death of many law-abiding citizens.

A PHP Error was encountered